However, CentralWorld at the heart of Ratchaprasong remained closed.

More public buses were seen passing through the area. 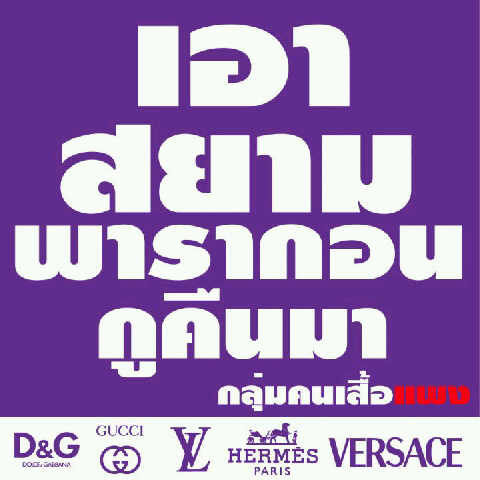 Khao San Songkran cancelled
* Published: 11/04/2010 at 10:40 AM Ortszeit
The business sector has cancelled the annual Songkran celebration on Khao San road next week due to the violent clashes between anti-government protesters and authorities on Saturday. The cancellation is expected to cost more than 500 million baht in revenue, reports said on Sunday.
Meanwhile, sky-train and public bus services have resumed operation. But the BTS Silom station is closed.
Shopping malls on Ratchaprasong such as Central World, Big C, Central Chidlom, Siam Paragon and Siam Discovery are also closed.

Most Khao San Road backpackers are leaving. Some said they were scared after seeing the bloody clashes last night and they would go somewhere else to celebrate Songkran.
Khao San Road merchants said they had to cancel Songkran festival. Since the beginning of the unrest, businesses around Khao San Road have suffered lost revenue of around 500 million baht.
Meanwhile, it was reported that tourists are flocking to Hat Yai and Betong, a town on the border with Malaysia, including many Malaysian and Singaporean tourists who wanted to celebrate Songkran around Khao San Road and Chiang Mai.

Tourists injured by the Saturday clash are invited to file insurance claims to International SOS Co Ltd at [highlight=yellow:cf9c6208c1]02-205-7711[/highlight:cf9c6208c1], according to the Tourism Authority of Thailand.

Prakit Piriyakiet, deputy governor for marketing communications at the Tourism Authority of Thailand (TAT), said that the agency has also discussed with the insurer to count the Japanese photographer shot dead during the clash as a tourist. He would be entitled to compensation of Us$10,000. TAT has sent a letter of condolence to the Japan Embassy in Bangkok.

Prakit added that TAT Governor Suraphon Svetasreni has already paid an injured German tourist a visit. He quoted the tourist as saying that the accident was inevitable as that he still maintains the Phuket itinerary."