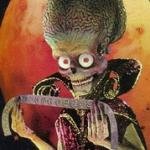 Amnesty law could free many convicted for arson attacks - The Nation

"Where is the truth? There are three layers of complexity here.
First, in a time of chaos and anarchy it's difficult, although not impossible,
to grasp what went on and who actually did what.

Second, that problem becomes a near impossibility after being
subject to heavy political manipulation from both sides of the political divide,
and the workings of government agencies and supposedly independent branches.
There's little transparency and accountability in anything that we do to begin
with, so why would it be any different in the investigation of the burning of
CentralWorld?

Third, the problems posed by a chaotic situation and the added
complications of manipulation together must be run through the threads that make
up the fabric of the tribal patronage system. Each needle is held by the hands _
visible and invisible _ of the priests and priestesses of the various cults of
personality.

How can the truth be found, when the democratic process of seeking
it is at the mercy feudal allegiances?

Add all of this together and "this is Thailand". The truth may be
out there, but it's not likely to be unearthed and made public, because
culturally we would sacrifice the truth to save face."