ABBYY FineReader 9.0 with added Chinese, Japanese, Thai and Hebrew OCR support is available today through www.ABBYY.com and will be sold through ABBYY´s worldwide distribution network. For more information, please contact your local ABBYY office or distributor.

Customers who purchased the previous release of ABBYY FineReader 9.0 will be able to upgrade their version free of charge from within the program interface (by using “Check for updates” option within the product) or through the ABBYY Web site."

"With this new release, ABBYY FineReader 9.0 also delivers powerful Thai OCR capabilities. “One of the main hurdles for Thai OCR is the multilevel structure of words and text lines,” explains Popov. “Text strings are composed of up to four levels of various character types and have no spaces between words. At present, ABBYY FineReader 9.0 is the only application in its class to provide professional-level Thai OCR.”

When processing Thai documents, the program detects individual characters and words, and separates text lines from each other to provide reliable recognition. ABBYY FineReader 9.0 also delivers dictionary support for Thai and Hebrew that helps to increase recognition accuracy even more. In addition to these language and technology enhancements, ABBYY FineReader 9.0 delivers a range of general improvements in product’s usability, including added Chinese interface language and faster application launch speed."
R 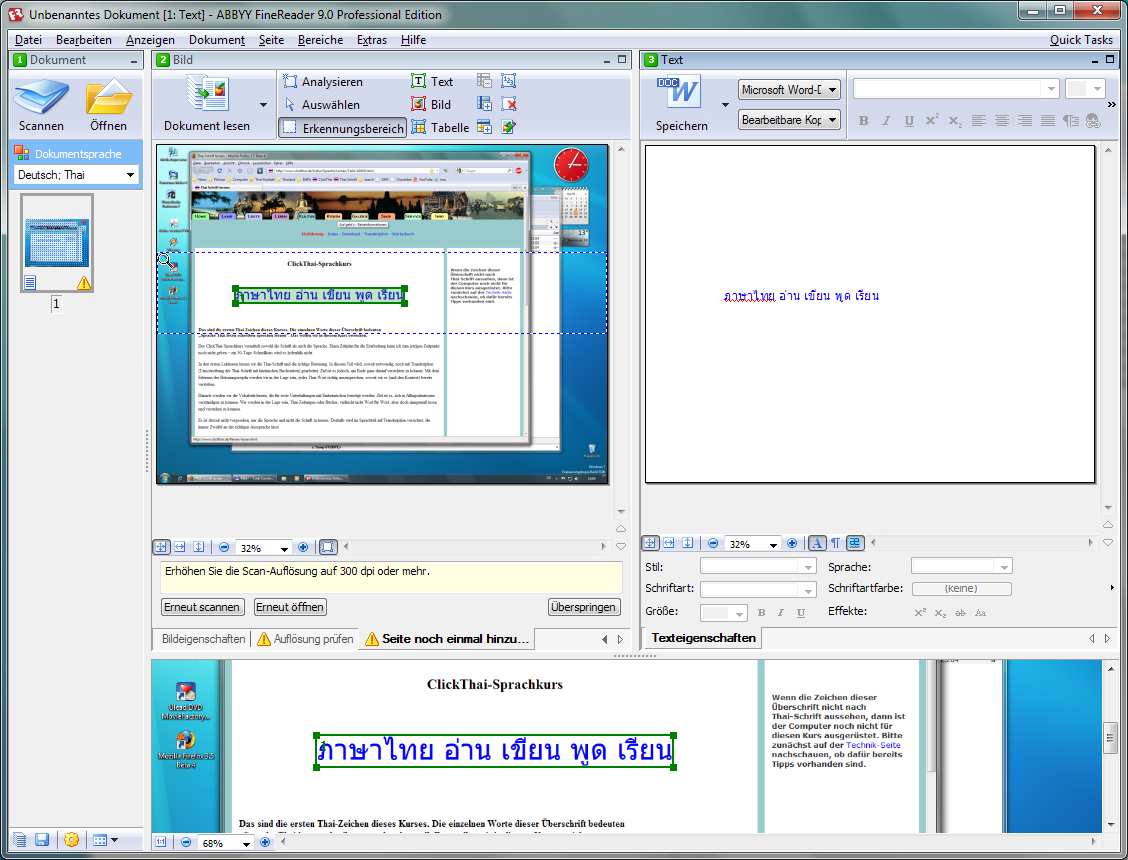