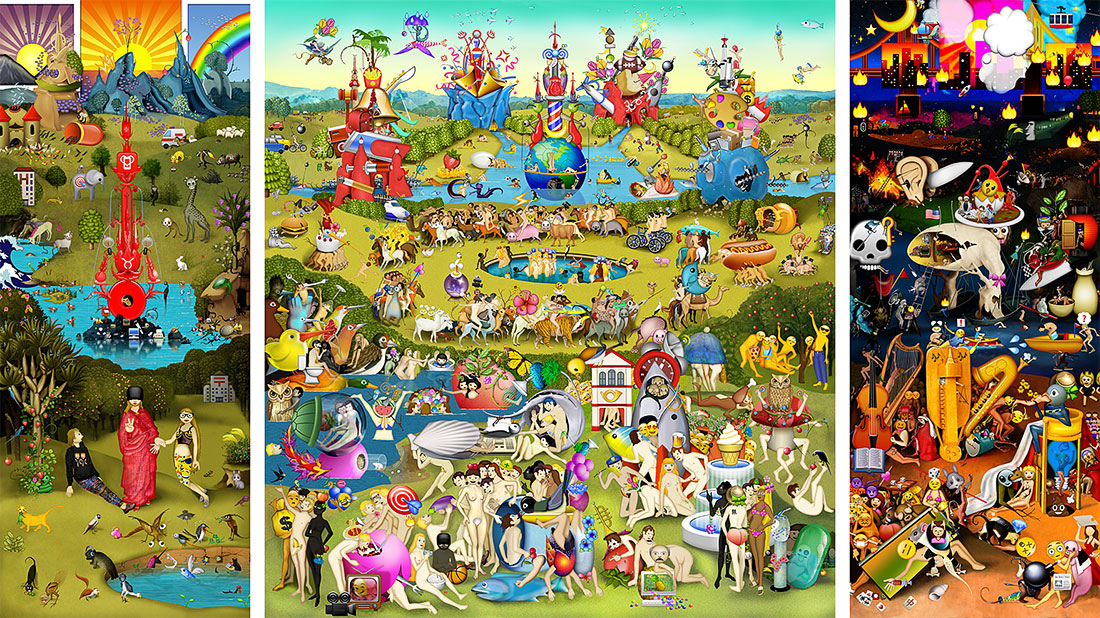 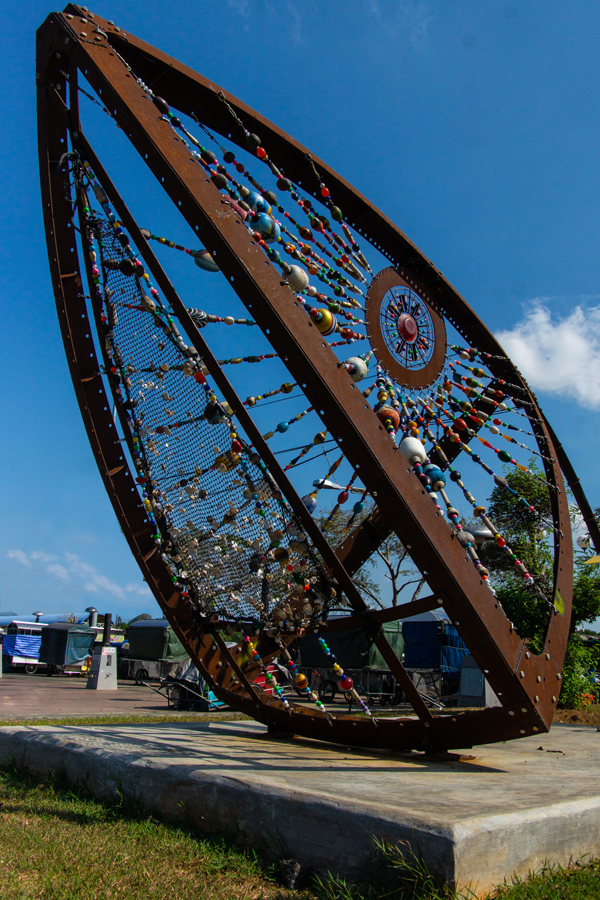 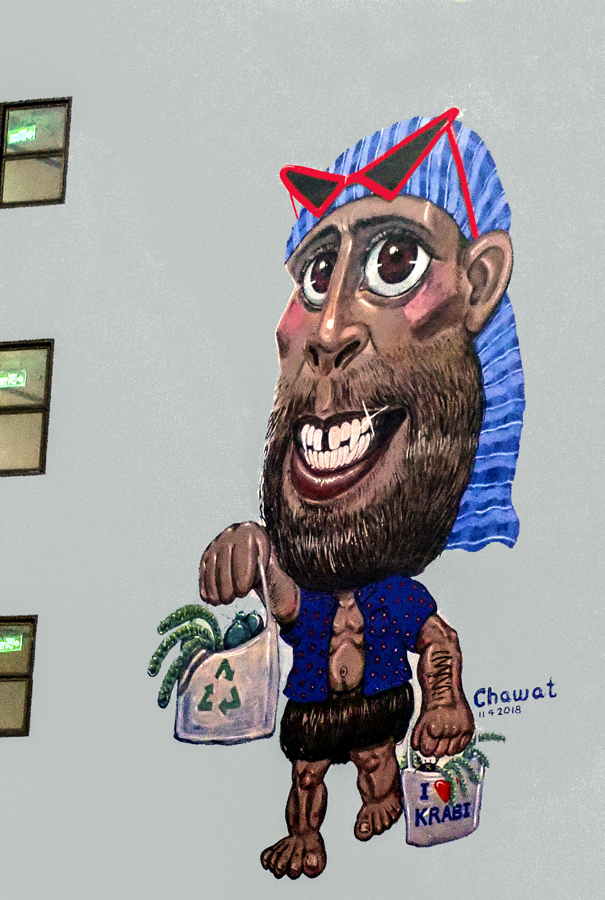 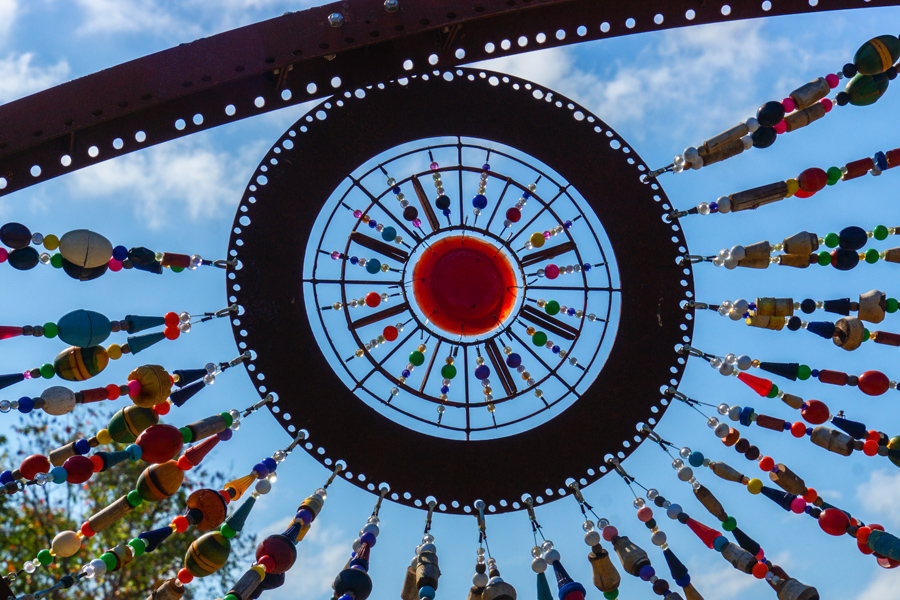 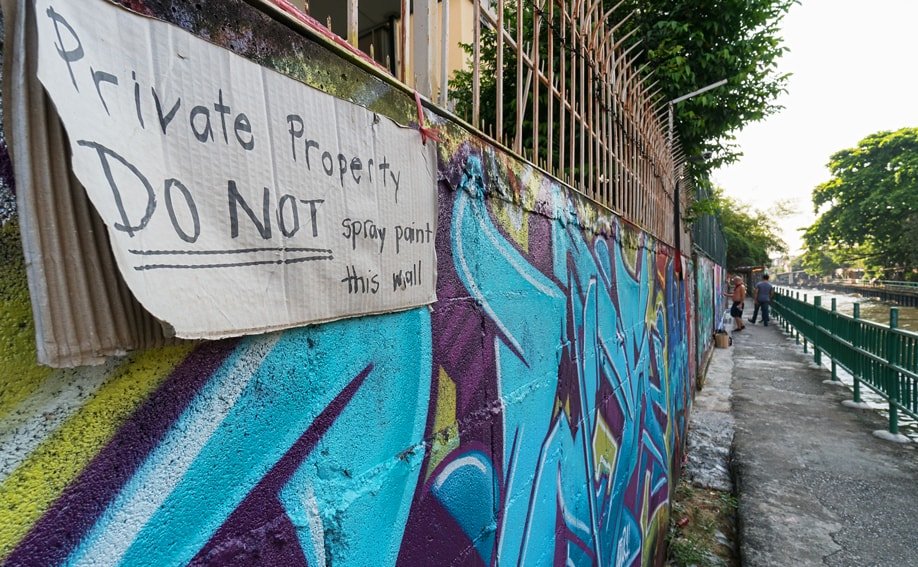 According to Khaosod English, an internal memo sent to Pawit on August 31 stated that the dismissal was over his unsatisfactory work performance at BACC. However, the embattled arts administrator alleges that his termination was politically motivated. He also claims that the board gave him the opportunity to resign after they opted to remove him from the helm of the center and said that he was never provided with an official performance evaluation.
Zum Vergrößern anklicken....

Political art
When the Constitutional Court dissolved the Future Forward Party (FFP) led by Thanathorn Juangroongruangkit in February, it triggered young protesters to rally. Apart from the protests, many artists expressed their perspectives of political unrest through their artworks.


Established in 2010, WTF Gallery and Cafe aimed to hold art exhibitions that reflected social issues and allowed artists to express their political standpoints. The exhibition, "Conflicted Visions Again" stood out from others when six veteran artists -- Manit Sriwanichpoom, Jakapan Vilasineekul, Miti Ruangkritya, Pisitakun Kuantalaeng, Sutee Kunavichayanont and Prakit Kobbkijwattana -- reunited to illustrate Thailand's political and social history over the last six years. The show was intriguing because it was rare to view an exhibition created by artists with different political ideologies. The show also exhibited how these six artists' viewpoints had changed since the coup d'etat by the Royal Thai Armed Forces in 2014.


Inspired by the disappearance of Wanchalerm Satsaksit, a Thai political activist, "1 2 10 (One To Ten)" exhibited artworks from 40 Thai contemporary artists including Gongkan, Yozanun Wutigonsombutkul and Nophand Boonyai at Joyman Gallery. The artworks were their messages to the public in order to show that these artists could not stay silent even though authorities often threaten people who criticise them.

The renowned anonymous street artist, Headache Stencil, has gained much attention from viewers due to his harsh and straightforward commentary through stencil artworks which have made authorities keep an eye on him. When he held the exhibition, "Do Or Die", which was divided into two sets at the Foreign Correspondents' Club of Thailand in July, he could not announce the exact date for the display of the second set for fear that the paintings would be banned. On Constitution Day, Headache Stencil joined forces with 11 well-known artists including Alex Face, Gongkan and Mue Bon to paint on a wall which was built specifically for their artworks in a space owned by a private sector, so authorities could not tear down the wall. Their mural, People Wall, urges protections for freedom of artistic expression and an end to artist intimidation. People Wall runs until Jan 9, 2021 at The Jam Factory.
Zum Vergrößern anklicken....

Highlights of Thailand's art scene in 2020 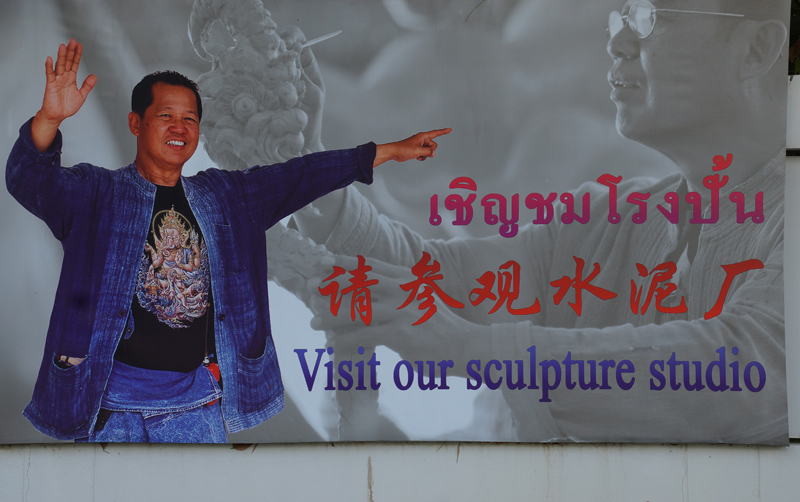 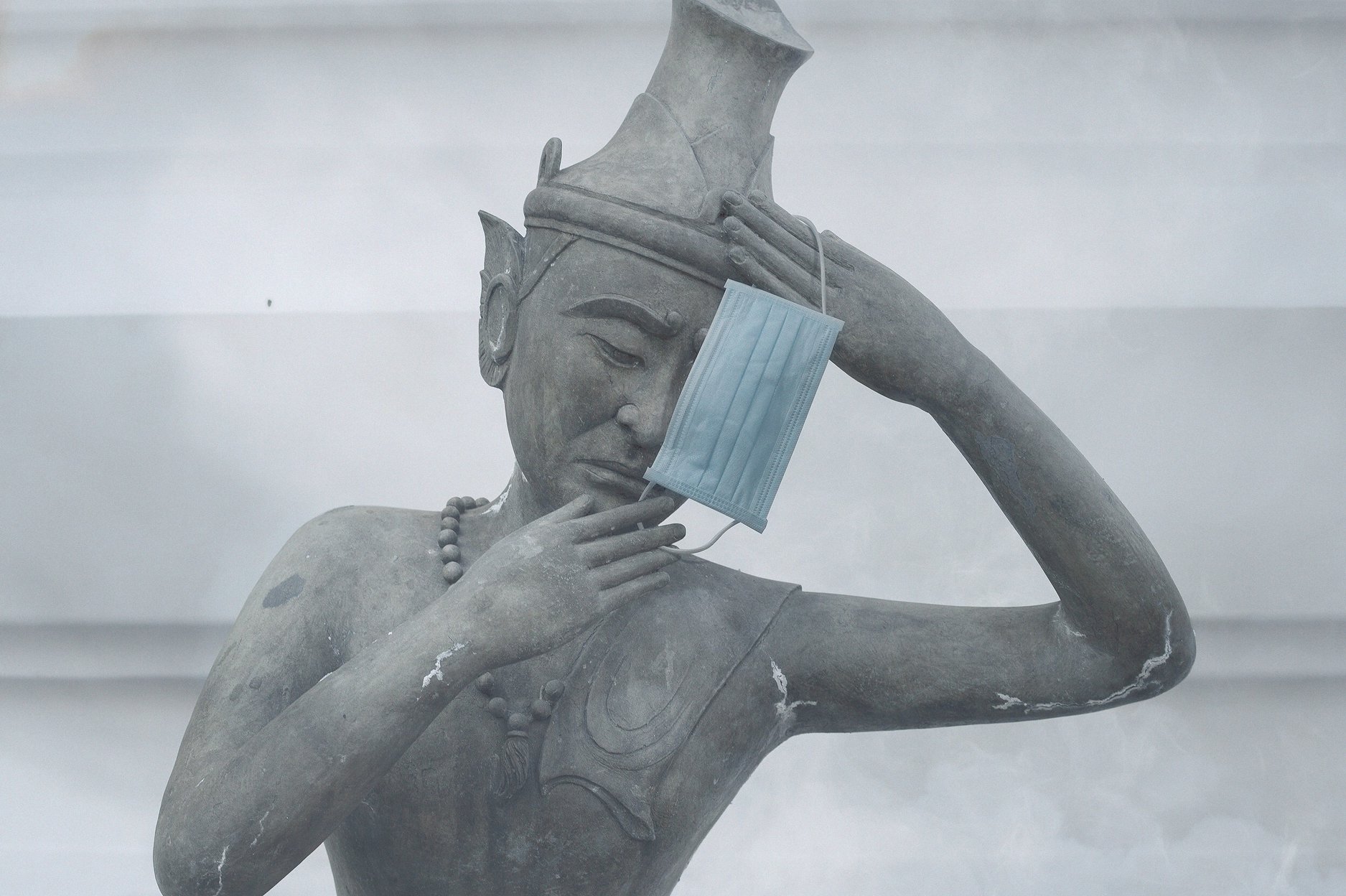 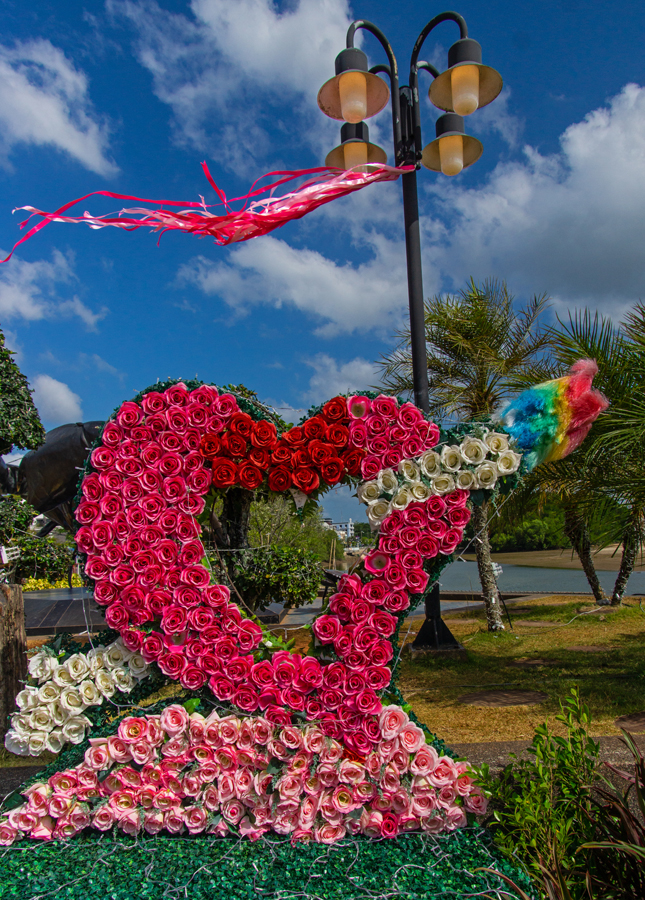 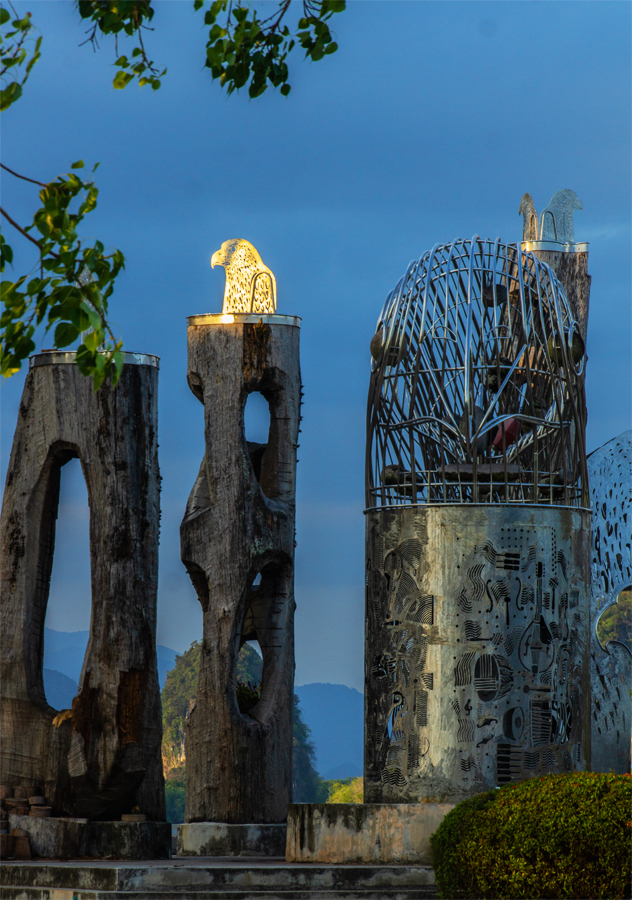 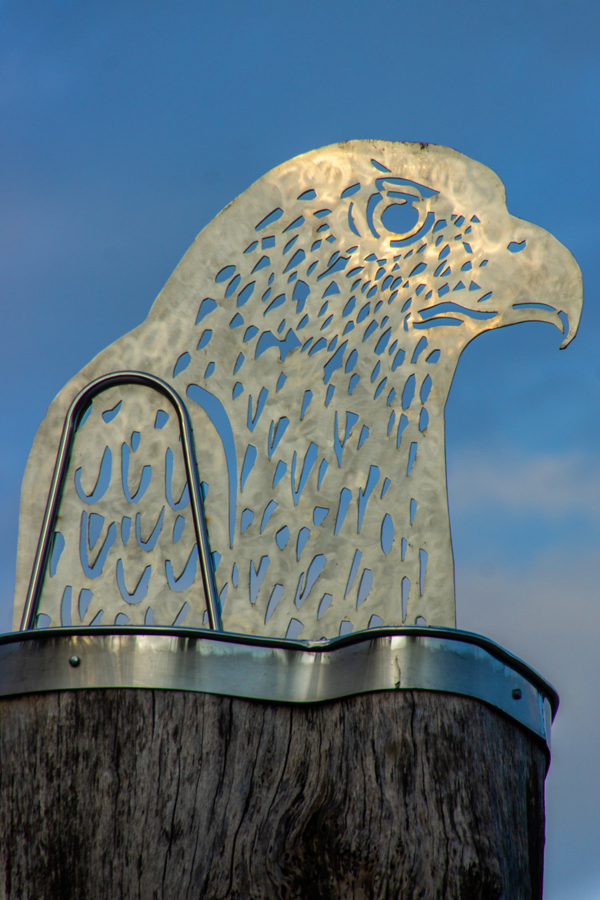 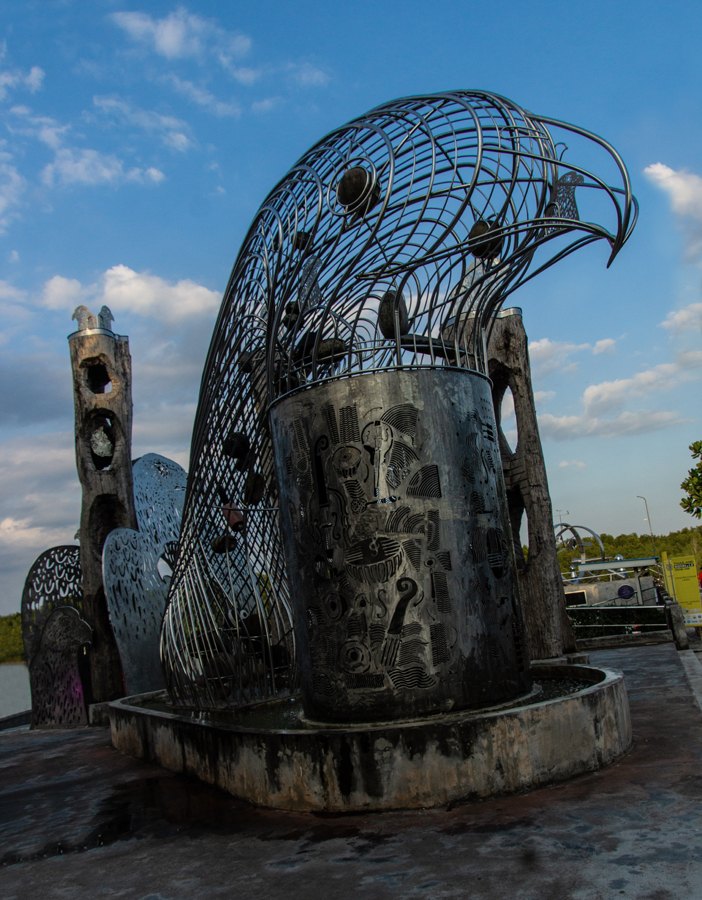 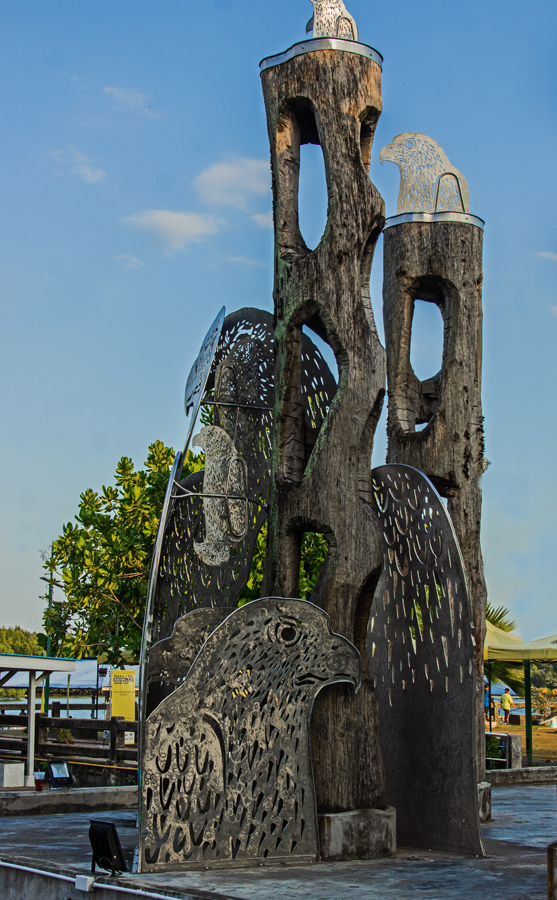